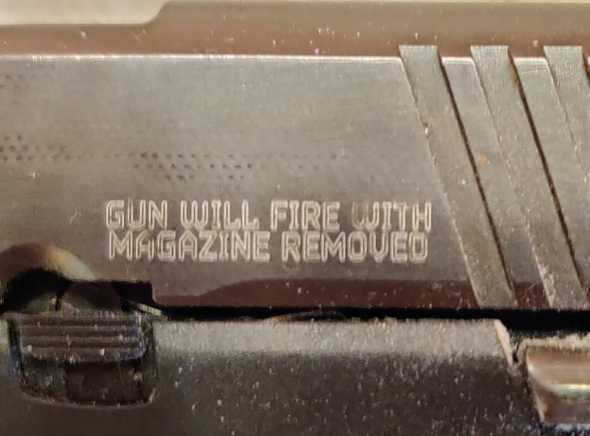 I’ve been lurking the gun community (and it is a community) since September 2018. They are very active and are very “newbie friendly”

Gun uses CRDTs which I beleive will be standard is every distributed database.

Graph databases are cool. A graph is the superset of all data structures. The idea of a Universe of nodes (Graph UNIVERSE Node) that interlink all data is cool.

But Gun fails in the execution.

Gun makes some outrageous performance comparisons against “real” databases. But as you’ll come to see, comparring gun with “real” databases is laughable. Passing around unecrypted, unsigned, unindexed data with no ACL is actually very computationally easy. Their “conflict resolution algorithm” that syncs data is a lexical comparison. Gun is missing lots of featuers that “real” databases provide. Without these feature, their performance “metrics” don’t mean anything.

No. It absolutely is not like firebase. The provided API is very obtuse and poorly documented.

Gun also has no real ACL layer. Their official soultion is to encrypt objects using their “SEA” security library. Except that by doing that, you either have to use their very clunky Gun user system, or roll your own access control in your application.

Out of the box—no matter what they claim— Gun doesn’t support selectively sharing user data. With gun either something is public to all, or accessible only to the user that created it. This is not stated in the documentation.

Newcomers often ask: “Can gun do x?” And the Gun answer is without exception: “Yes”. They do leave out the part where it’s not actually Gun that’s doing “x”. It’s you that are going to have to write that feature on top of Gun.

Yes, you can write your own key sharing mechanism using their security library. But that’s you writing the ACL library, not Gun providing it.

Also, now that you’re signing/verifying and encrypting/decrypting every node of data, the ultra fast advertised performance starts making your data load like it’s coming off a 2002 DSL connection.

The universality of the “root graph” is very poorly explained in the documentation.

The fact that ANYBODY can connect to server1.com OR server2.com and modify the contents of something.not.exists.yet arbitrarily is nowhere prominent in the documentation.

Why do they leave out such critical information for developers? Or use maybe use a realistic, access-controlled or encrypted/signed example? My guess is that it’s because it detracts from the “simple” brand they’re trying to hard to cultivate.

Unless you implement “server-side” filtering (yes this serverless peer-to-peer protocol has servers…) through a non-core package, anybody can write anything to any “non special” node on graph. Documentation leaves this detail out.

In fact, under the ideal “universal graph”, a non-SEA node (not encrypted, not signed) can’t practically exist. But not only does documentation not explain this, all their examples are fundamentally incompatible with how Gun would be used in the real world.

There is no “official” way to use Gun in the Universal graph. Just some low level, buggy APIs for signing and encrypting. It’s buggy now, but Gun knows about and they’re working on it! They’ve been working on this basic funcitonality for over 3 years. Yet they continue to imply Gun as fully featured and production-ready.

Gun claims they have dAPP Username and Passwords!

But usernames are not unique. So they they’re of limited usefulness to a developer (or even a user). But yet again it’s marketed without this caveat.

The documentation does a very poor job at explaining (or very good job at obscuring) the surface area of attack that their login system exposes. Your private key are encrypted by your password and then sent through the network. Easy passwords can be cracked trivially.

Their mitigation for brute force attacks is “proof of work”. What is not mentioned in the documentation is that the “proof of work” is only enforced when a server gets a request to authrorize a password. If a malicious server gets ahold of your encrypted privated, they are free to brute force the encrypted private key without providing a POW. THIS IS NOT POINTED OUT DOCUMENTATION

The developer is obsessed with micro-optimisation at the expense of everything else. In 2020, development essentially halted as the main developer (see Busfactor=1) worked on a more efficient “CPU Scheduler” to make abnormally large JSON documents processable in a timely manner when Gun is running on a free Heroku instance.

The fact that this was prioritized over a massive slate of breaking bugs and missing features is mind boggling.

As a result, most of the 2020 “releases” were unstable. Which is of course extremely confusing for any developer when the latest three releases are actually buggier and more incomplete than older ones. Note that this instability wasn’t noted anywhere in the documentation or their website. You had to code along with Gun, find a bug, go on their Discord and ask a question. There (at least quickily), someone would tell you to roll back to last-year’s releaase.

The developer is irrationally hostile toward any modern Javascript dev tools like ES6 and Promises. This comes out of some vague fixation on extreme “compatibiltiy” and “runs in any browser”. There is no tollerance toward Babel, Polyfills and really any build tools (that aren’t invented at Gun).

I did mention the community in “The Good” section. Yes they’re very friendly to newcomers, but the offical Gun people will never discourage you from using Gun in your project—even if Gun is not a fit for most people at its current state.

Most community knowledge is siloed in their Discord. Although this is not a unique problem to Gun, it’s especially bad here because the official documentation is seldom updated.

While the community superficially friendly the founder himself is very unreceptive to criticsm. I’m not the first person to raise some of these concerns. An active member of the community though it be important to add a “disclaimer” as to the suitability of the project. The pull request he made to the documentation with these “caveats” went unmerged for months. When he asked for it to be reviewed or even discussed—he was berated for “feeling entited” to the founder’s time and then subsequently banished from the community.

Note, this was a very normal type of disclaimer for software at this stage. It is extremely informative to developers. Contrast Gun’s exhuberant marketability implications with Orbit’s disclaimer:

The code is… It’s mathemagical spaghetti. It’s full of micro-optimizations that make the source code illegible. Gun’s author explains this away as coding style. He’s approaching things like a Mathmatician! But even mathematicians try to use common symbols for clarity!

Not in Gun though. We have only do obtusely named names here

This is actual, non-minified source code

The only part that of Gun is somewhat comprehensible is the SEA security library. This is probably because it was not written by the main Gun author in large part.

Speaking of code: while the Gun community is pretty vibrant, there aren’t many contributors to the actual Gun code itself. 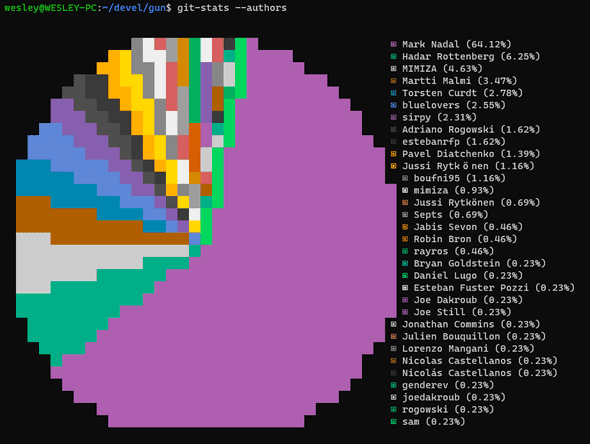 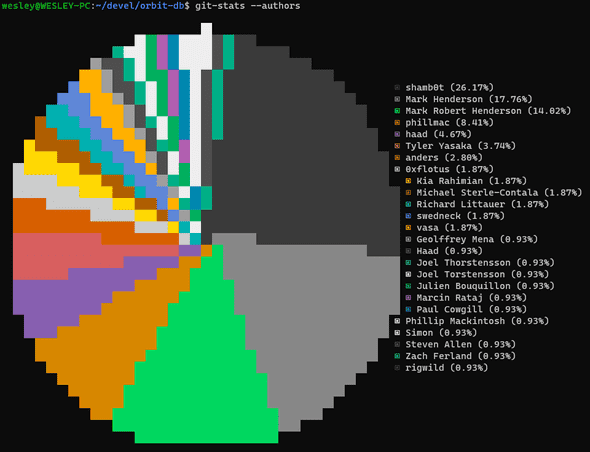 amark does the most contribution… and even more scary, he’s probably one of the few people in the planet that actually understands the code he wrote.

Gun suffers from a (hopefully not terminal) case of NIH syndrome. Every problem in the world must be solved by Gun (See freeism).

There seems to have been zero effort made to read, understand or extend these existing standards. I’m sure the argument (as always) is “EFFICIENCY”.

Who needs standards when you have performance?

The realtime P2P database problem that Gun is currently trying to solve is very hard. No one has really solved it sucessfully yet. But for some reason, that’s not enough. They’re creating an an entire “new internet” ecosystem. One Nation Under Gun.

The Network and Routing “layers” in this ecosystem are insanely difficult problems on their own. Gun is 0.001% of the way on those fronts. Seeing how little they progressed in the database portion of the ecosystem in the 3 years I have watched them, I don’t see how anyone would have the confidence that this is a realistic objective.

P2P Networking and Routing is already being solved by different projects. Some of them in production! I don’t understand the obsession with Inventing Here when you could collaborate with existing projects that are already solving the problem:

Not only do I not think they can implement their ecosystem, I’m saying they should not.

Overreliance of “The Community”

See “Free Software Isn’t Free”. No successful, sustainable FOSS project runs off vounteerism only. I believe there are only two full time developers working for Gun. And of those two, one is the founder who splits his development time with CEO duties, community management, sales and evangelism. This is obviously not sustainable. Especially with a developer-unfriendy codebase as Gun’s

Even basic conventions like how to implement private groups hasn’t been established. They’re still “waiting on the community” to provide a solution.

Only the most basic examples are documented. The actual complexity of writing a P2P application with this library is intentionally obfuscated. More complex questions are only answered in “explainer videos” that don’t actually answer the question or refer to aspirational functionality instead of showing real code and real use of the library.

And then there’s the horribly unprofessional unfinished documentation. This has been this way for years.

Should you use gun?

If you want to be in the cutting edge, be ready to bleed.

There are better supported P2P ecosystems and platforms that will tell you the truth about current capabilities.

Is Orbit Any Better?

As a tool for creating real apps today? Not really. Neither is “production ready”. But one of them lies to you.

But if you were to ask: “which one has the better chance at being a usable P2P database for real applications?” No question Orbit.

Apendix: Freeism and the Cult of Mark

In addition to coding P2P database, Gun’s founder also uses the Gun Discord to evangelize a new political phylosophy of his invention: Freeism. This might be tangential enough for an entire blog post. Stay tuned.

Spoiler alert: Freeism also is based on Gun